Your child's care is important, especially during flu season. We are here to provide you with resources to keep your family safe.

Urological conditions need expert care, and this year, our Urology experts have been recognized by U.S. News & World Report for the quality of care they provide to kids.

You can champion the more than 390,000 children treated at Arkansas Children's every year in a variety of ways.

The executive staff at Arkansas Children's are dedicated to making children better today and healthier tomorrow. 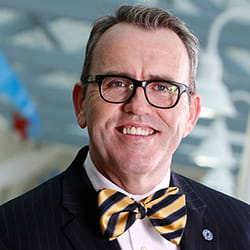 Fred Scarborough, CFRE, serves as executive vice president/chief communications and development officer for Arkansas Children’s. Scarborough oversees Public Relations, Marketing, Communications and Volunteer Engagement and serves as president of Arkansas Children’s Foundation (ACF). A member of the fundraising profession since 1995, he has achieved an uncommon level of success among his fundraising peers and has helped to secure more than $400 million for the organizations he has served.

Previously, Scarborough served as senior vice president for Major Gifts – ACHF, director of development for the Arkansas Symphony Orchestra and director of development for Meals on Wheels (CareLink). Scarborough has served as dean of Major Gifts for the AHP Regional Conference, presented at the National AHP Conference, and served as the keynote speaker at the National Performing Arts Conference by invitation of the American Symphony Orchestra League’s Volunteer Council.

He holds a Bachelor of Arts in communications from the College of the Ozarks, Point Lookout, Missouri, and a Master of Arts from the Fulbright College of Fine Arts at the University of Arkansas at Fayetteville. 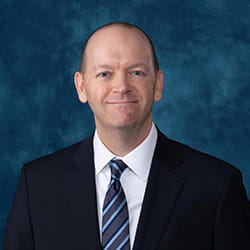 Thompson earned his law degree at the University of Tulsa College of Law and is an alum of the University of Oklahoma in Norman. He has extensive experience in litigation, hospital policies and procedures and hospital compliance with federal laws. 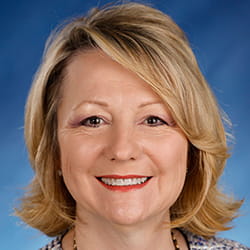 Gena Wingfield, has been the chief financial officer for Arkansas Children's Hospital since 1998 and is currently executive vice president of finance for Arkansas Children’s. Since joining the hospital in 1985, Wingfield’s roles have included controller and interim chief information officer.

Winfield graduated from the University of Central Arkansas in 1983 with a Bachelor’s of Business Administration in accounting and worked in public accounting for Arthur Young & Co. (now Ernst & Young) until joining ACH.

Wingfield has served as a member of the Child Health Association (CHA) Audit/Compliance Committee and the CHA Financial Services Committee. She serves on the Finance Committee for the Children’s Hospitals’ Solutions for Patient Safety, and has served on the Finance Committee of the Women’s Foundation of Arkansas. Wingfield is also a member of the American Institute of Certified Public Accountants, Arkansas Society of Certified Public Accountants and the Healthcare Financial Management Association. 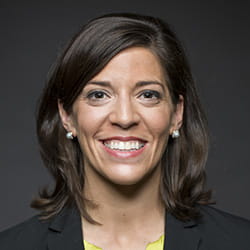 Before joining the Arkansas Children’s team, she led development and external relations for the University of Arkansas J. William Fulbright College of Arts and Sciences, where she worked as a thought leader, coordinating strategic program development with leadership, philanthropy and advocacy. She also worked in disaster recovery in New Orleans following Hurricane Katrina.

Hilbun earned a doctorate of education from the University of Arkansas, holds a master’s degree in social work from Tulane University and is a graduate of Centenary College of Louisiana in Shreveport. 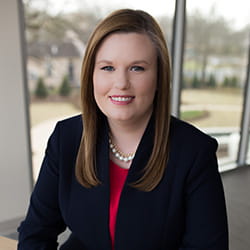 A member of the Arkansas Children’s team since 2003, Olvey has held many roles in the Foundation, gaining experience in advancement services, campaign planning and strategy, case development, corporate giving, direct marketing, donor relations, major and principal gifts and prospect research.

Olvey holds a Bachelor of Arts in psychology from Lyon College. She is a Certified Fund Raising Executive (CFRE).